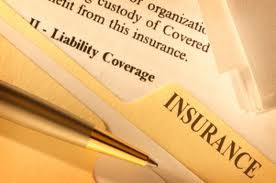 What Does Waiver of Subrogation Do?

One day at work, a Big Oli Co employee drops a tool while on the second level, and it lands on an  employee of Electrical Contractor.  The employee is rushed to the hospital with a serious head and eye injury. Electrical Contractor's workers' compensation policy responds by paying for the medical bills and lost wages of the injured employee. The total claim is expected to run about $195,000.

Limiting the Waiver of Subrogation Language to Protect Your Company

One way to limit your exposure is to limit the scope of the waiver of subrogation.  You can limit the waiver of subrogation language so that it only applies when you, your company, or your employees are at fault and does not apply where the Owner-Client or its employees are at fault.  You should consult your insurance broker or an attorney for specific wording to use on the certificate of insurance. By limiting the scope of the waiver of subrogation, you can avoid potential costs of increased premiums due to claims that are not your fault.  Of course, the limited waiver language will need to approved by ISNetworld® and comply with the Owner Client requirements.