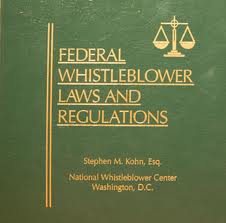 Section 11(c) of the OSH Act protects workers who believe they were retaliated against for raising safety concerns with their employers, for reporting an injury, or contacting OSHA. The act allows a worker who is fired or otherwise retaliated against after any of those actions to file a complaint with OSHA. The complaint must be filed within 30 days of the retaliation and OSHA must determine whether the facts warrant a full investigation.

An analysis of OSHA whistleblower cases by law professor Emily Speiler of Northeastern Universty School of Law in Boston has found that workers settling whistleblower protection cases with OSHA are only reinstated 11% of the time.  Spieler asserts that this limited protection discourages workers from reporting on-the-job risks.

Spieler contends that the current law does not go far enough to protect workers. There have been several attempts to update the OSH Act to extend the complaint deadline to 180 days, increase the damages that could be sought, allow OSHA to require the temporary reinstatement of a worker in some circumstances and permit workers and private attorneys to file lawsuits in federal court. The latest attempt, the Protecting America's Workers Act (S. 665) sponsored by Sen. Patty Murray (D-Wash.) in 2013, failed to move out of the HELP Committee.