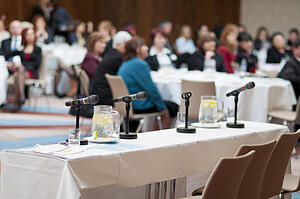 The Chemical Safety and Hazard Investigation Board (CSB) is under scrutiny.  Bloomberg BNA reported on July 8, 2014 that the House Republicans sent a letter to the White House alleging “Chairman Rafael Moure-Eraso’s conduct has compromised the agency’s ability to investigate major chemical accidents.”  The Chairman has been accused of mismanagement and whistle blowing worker retaliation.  The Republicans are also claims that Moure-Eraso, “took extraordinary steps to thwart” the investigation.

Congressional Democrat, union officials and officials from the Environmental Protection Agency have criticized the CSB leadership.  However, the Republican Party is the only group to officially draft a letter or call for a change in leadership directly to the White House.  If the White House chooses not to intervene, the CSB could face political pressure until Moure-Eraso’s term expires in June 2015.

The CSB refused to produce specific emails that are related to an Environmental Protection Agency Office of Inspector General investigation.  The CSB submitted some of the requested documentation but continues to hold on to key emails.  The emails that the CSB is holding on to were sent by the Chairman Moure-Eraso from his personal Gmail email account. Moure-Eraso claims that he did not have to turn over the emails because they are protected by attorney-client privilege and is acting on the advice of his counsel.  He has been accused of hiring an outside attorney to help in withholding the emails.

In response to refusing to produce the emails, the Senate has blocked consideration of pending CSB nominees.  That means that the CSB is not operating at full capacity is missing two members.

The letter from the Republican’s to the White House also claims that Moure-Eraso has been misleading during the testimony.  Moure-Eraso claimed to have established a “Work Improvement Committee” that has been meeting since December 2013.  Upon further investigation, it was discovered that the committee had been disbanded several months prior to the hearing.  Moure-Eraso began looking for nominees for the committee after testifying at the hearing.

Moure-Eraso’s is serving a five year term that expires in June 2015.  The White House has not commented on the Republican letter and it is has not issued any comments regarding plan to intervene.