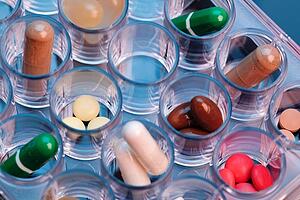 Industry groups recently began voicing opposition to what they deem to be OSHA’s intrusion into drug testing programs and other employee safety policies. The Occupational Safety and Health Administration has recently sought to ramp up efforts to protect workers from policies the agency believes discourage workers from reporting injuries and illnesses. This is an effort that could lead to an eventual ban on drug screenings following workers being injured in on the job accidents. OSHA is seeking to prevent companies from requiring employees to undergo drug testing when there is no reason to suspect drug use from the employee, a method among others that OSHA believes employers use to discourage the reporting of injuries to the administration. OSHA is pushing to take a zero tolerance stance on violations of critical safety rules.

This development comes on the heels of OSHA announcing new rules pertaining to Recordkeeping. As of January 1, 2015 employers must begin complying with new workplace injury and illness reporting requirements. This new ruling encompasses two major components. It establishes new requirements for when employers are to report certain serious injuries to OSHA as well as introduces a new industry classification system to determine whether employers with over 10 workers must maintain injury and illness records.

The ruling pertaining to drug testing policies and employee safety programs would allow OSHA to cite employers for having programs that discourage workers from reporting occupational injuries and illnesses, even if the employee did not file a complaint. Concerns have been voiced by labor unions that intimidation and sanctions are often used to prevent the reporting of on the job injuries and illnesses. OSHA could issue a final ruling on this proposal as early as March of 2015.