Not Much Changes as OSHA Releases Top 10 Violations for 2014 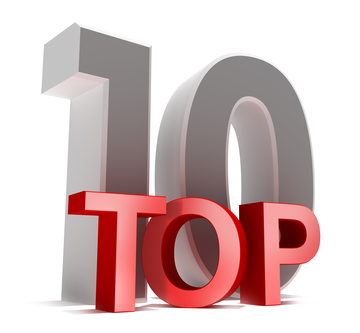 Despite OSHA’s best efforts to implement new rules and standards and make enforcement changes the agency’s list of Top 10 most frequently cited violations for 2014 remains unchanged. Fall Protection retained the top spot at No. 1 for another year with 6,143 violations and Hazard Communication retained the No. 2 spot with 5,161 violations. The most notable shift in rank occurred when Lockout/Tagout moved from its former position of spot No. 8 to spot No. 5.

OSHA’s hope in publishing the annual list is that it will alert employers to the most commonly cited standards and encourage them to take steps to recognize and address such hazards. Employers can be proactive by focusing on prevention and improving safety by using the list as a guide to evaluate their own worksites before OSHA shows up because far too many injuries and illnesses are completely preventable.

While the list of most frequently violated standards doesn’t change drastically from year to year the total number of offenses cited and the penalty amounts does vary annually giving companies’ additional insight into how aggressive OSHA is being when it comes to the enforcement of their standards.  The list of OSHA’s proposed monetary penalties fiscally for 2014 comprises those stemming from a single incident in which one or more companies allegedly failed to adhere to safe work practices. Even though the Top 10 categories remained the same for another year it is worth noting that there were reductions in the numbers of violations in several categories and an overall 28.3% drop in citations from 2013.