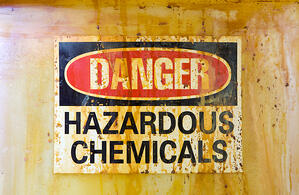 Industry groups believe that better communication and not new rules are what it will take to bring about overall improvement when it comes to chemical safety. Chemical safety has been a leading topic of interest in recent months as federal efforts are being made to improve the current safety standards and regulations following a push for new policy under Executive Order 13650. The president asked federal agencies to review chemical safety rules last year following a fertilizer plant explosion in West, Texas. Environmental and public health groups have long argued that additional protections and inherently safer technologies are needed to ensure safety and security within chemical industry.

Many industry leaders have stepped forward and reasoned that companies need more flexibility to make decisions about how to reduce chemical security risks and enhance chemical safety without the governments more prescriptive and regulatory approaches arguing more regulation without a cost/benefit justification is simply not a valid solution. Chemical-industry groups further believe the mandating of government selected ISTs could be exceptionally burdensome especially to smaller chemical facilities and actually take resources away from where they are most needed. They argue that federal efforts should concentrate on improving the operational efficiency and communication between existing regulatory programs rather than imposing new programs and are instead pushing for better education regarding workplace hazards as well as increased coordination among emergency officials to handle the aftermath of a disaster.

Final policy recommendations from the inter agency group consisting of the EPA, OSHA and the Department of Homeland Security are expected to be presented at the end of May. The options under consideration by the interagency group include voluntary and mandatory programming on inherently safer technologies, adding chemicals to existing regulatory programs and requiring agricultural operations and oil drilling operations to report chemicals of interest used at their facilities.