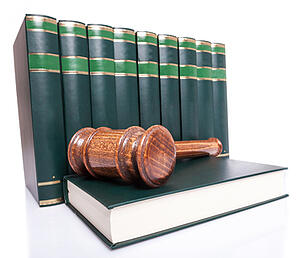 Section 11(c) of the OSH Act makes it illegal for an employer to fire a worker in retaliation for the worker contacting OSHA about workplace safety and health concerns.  On July 3, 2014 Andrew Dorsey won a $100,000 consent judgment in a worker retaliation lawsuit filed against his former employer, McKees Rocks Industrial Enterprises. (Perez v. McKees Rocks Indus. Enters. Inc., W.D. pa., No. 2:13-cv-01374-RCM)  OSHA administrator David Michaels response to the judgment, “This settlement is a testament to OSHA’s unwavering commitment to intervene legally when workers are the victims of a wrongful termination.”

If an organization enters a consent judgment that means they agree to settle but do not have to admit to any wrong doing or to any violations of the Occupational Safety and Health Act of 1970.  McKees and the President of the company, James T. Lind, stated that the settlement was made, “solely for the purpose of avoiding the costs and uncertainties of litigation”.

According to Bloomberg BNA Occupational Safety and Health Reporter ™ The former employee, Dorsey will receive:

In addition to Dorsey’s settlement, the McKees agreed to post whistleblower rights posters throughout the job site.

OSHA continues to work towards improving how they handle whistleblower cases and are in support of the consent judgment.